It is not a secret that all women will miss discontinuation of their Freya's Jolie style and colors. The colors were some of the most popular ones and left a lot of women upset over it. However, Freya did recommend the Gem bra that as similar to our beloved Jolie. Since 2012 Freya's Jolie stister - Gem bra is still available to purchase online and in stores. Luckily for me, I found a great discount website and was able to purchase enough Freya's Jolie bras to last me a year after the discontinuation. Sadly a year later, here I am having to face this harsh reality. 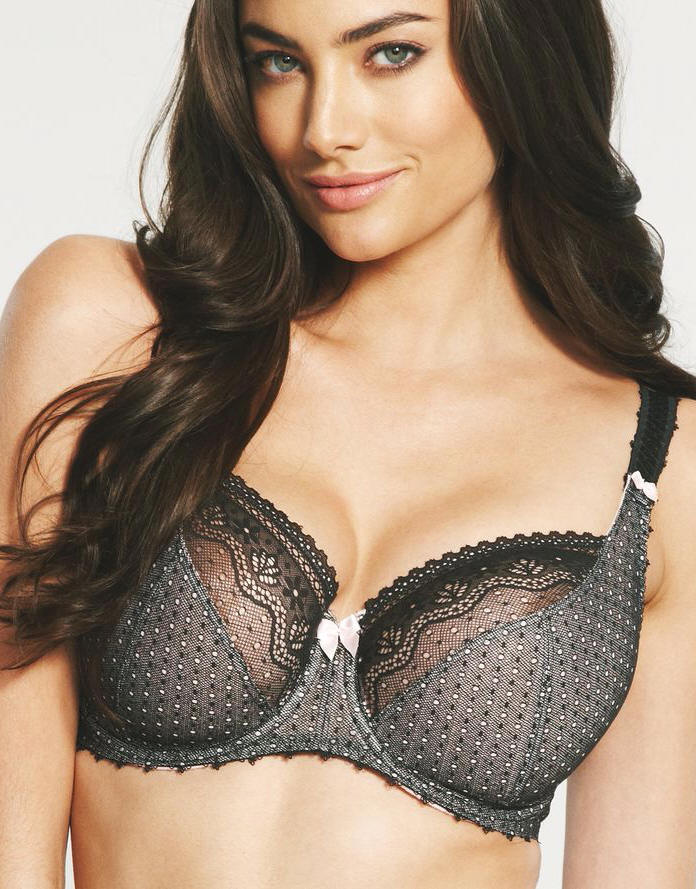 Gem is not the same, but similar to Rio, to be exact. However, it is slightly similar to my favorite style in a few ways - its lightweight, non-padded, and it is basic. Similarly, the wires in the center of the bra run together, which is perfect for us narrower girls. That is one of the main reasons why I loved the old style so much. Gem is simple, but it is more ornate than the previous style. Gem comes in pretty polka dot cup with floral and lace trim. Personally, I like to think Gem is the previous styles older sister. Gem comes equipped with wider straps, but still gives the same comfort and shape as Jolie. As a matter of fact, Gem is as basic as I was able to find in this line of bras.

Gem is not as easy to fit into as the other style was. I usually try my test size, the size I wear in the previous style. Even though the back was firm and I was supported, the cup was much bigger than I was expecting from a Freya bra. I noticed that Gem has an extra inch than Jolie did. When trying on the Gem style, I suggest you move one cup size down to get the perfect fit. I will definitely miss the old style with the bright colors and comfort, but I will still be pretty happy with purchasing Gem now. Even though, Gem's colors are more muted, at least the style still offers the lightweight feel, a subtle shape, and the center gore that is perfect. Gem will still add its basic, yet sexiness to my lingerie everyday. If you were a die hard like me, I can easily guarantee you will warm up to Gem.