The aphorism that fashion soars high when touched by the masterpiece collection of a designer genius is truly proved by the iconic star of the late 1960s’ and the 1970s’ era, he’s none other than Mr Burrows. He’s one of the very first African-American fashion designers who gained a worldwide rapport for his authentic and masterpiece collections. He changed the so called constitution of fashion and introduced many new vibes in his designs and collections. Even a single note of appreciation and applauses were insufficient to complimeant his series of collections. Stephen Burrows nurtured every bit of fashion and sowed new seeds to totally revamp the look of a whole new generation. It's needless to meantion that he understood fashion and made it his greatest passion of all time. It’s his creativity, tenacity, consistency and deep love for fashion that took him to the zenith.

The fashion genius graced the world of fashion for an extended period of 50 years; 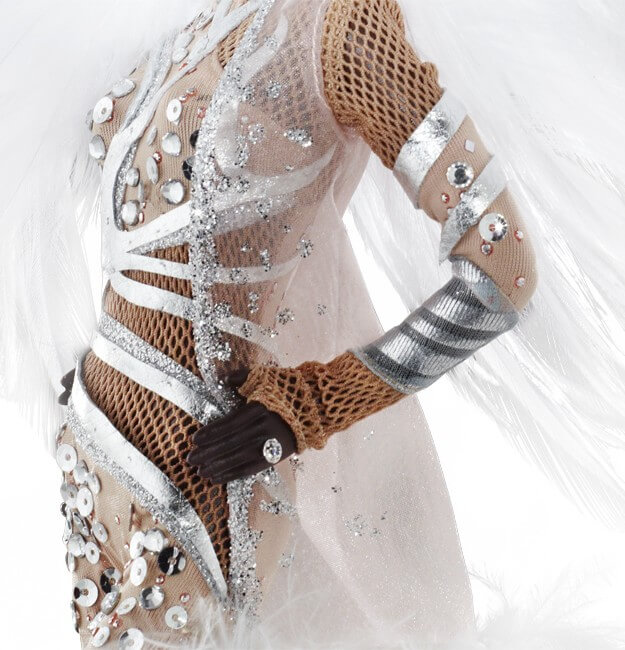 he reaped the fruits of fame and glamour over his celebrated thematic collections. His throbbing exposition is celebrated with great pomp and glory at The Museum of the City of New York from March 22nd, 2013. The masterpiece creations dating back from 1968 to 1973 were showcased in the exposition within the peripheries of the Museum of the city of New York. The marvelous exhibit is named after the fashion genius, “Stephen Burrows: When Fashion Danced”, the show is an introspective reflection to the world of his sleek designs, metallic colors, display of authentic vibes, sleek silhouette hugging fabric and the classic cuts. The definitive fashion parameters of the then era were marked by his multi colored fashionable gowns, the bohemian cuts with a touch of the Renaissance and classicism, the magnificent ensembles and the prolific colors. The brightest star in American fashion introduced the so called ostracized fashion into his creations. The room of the exhibition in the museum was filled with his most fascinating collections. The gem of the fashion world ruled the crowd and it was a real joy for all the fashion lovers. You can also find a new book "When Fashion Danced" released by Rizzoli in April.

Stephen, the brightest star in American fashion brought in the vibrant and the thrilling collection that revolutionized the dance floors of the era. The Disco costumes of the 1960s’ and the 1970s’ were dominated by the up beating style and the outgoing touches by the fashion genius. The 69 year old fashion guru created the tantalizing goose bumps on every fashion lover with his fascinating dancing apparel collection. The sheen of the metallic colors, the vibrant grip of the embroidered ensembles and the pulsating demeanor of the dancing gowns created an endless vibe amongst the gathered crowd. The exhibit was real yet unbelievable. Once upon a time, Lisa Minnelli, Diana Ross, chez were all decked by the eclectic fashion apparel designed by the fashion guru. The exhibit demonstrated the original sketches, the graphs, the designs and the authentic dresses from the magnificent Burrows creations. The how was undoubtedly one of a lifetime that opened new doors to the world of fashion and glamour.