Strapless Bras Are The Way To Go

The strapless bras were introduced to the market in the 1930s, but they never gained popularity. However, in the 1950s, the bras became a favorite because of the numerous strapless evening dresses that were in fashion at the time. As the decades passed on, fashion took a whole new turn. It became bold, and only the risk takers could match up to the expectations. Lingerie has become more thrilling and highly creative. It is no longer about wearing it underneath your clothing, but more of the effects it has beneath the clothes and the comfort it provides. There are also silicon backless bras, strapless push-up bras and plunge bras that have seen the light of the market. 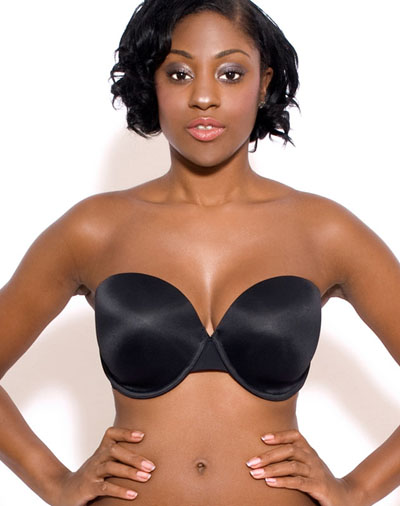 The strapless bras are elastic with wiring that ensures to keep it in place. At times, it can get quite uncomfortable and when it is out of hand, the bras grasp could lead to scars and irritation on the skin. However, with time you will get used to them. The silicon backless bras were introduced to the women’s fashion wardrobe to save them from the agony of strapless bras. However, some did not meet the standards that women expected from them. There are some that did not stick long enough while there were some bras that did not stick at all. This bra is also common for not giving enough support and in the end they are known to flatten the breasts instead of offering the luscious appearance. The most comfortable and satisfying bra are those that are made from the best silicon, and adhesive. Silicon has a much more natural feeling as compared to fabric. In this sense, women always opt for the silicon as it assures a more natural look and feel. All the same, one must be very specific of the silicon bra that they pick. This is because cheap adhesive irritates the skin. The best silicon bra is the strapless push-up bra. It offers the best support for a great cleavage. Any woman is assured to make a statemeant to the men they come across. The most appropriate strapless push-up bras are those that are padded with foam instead of silicon to take off the weight. The push-up bras that are filled with silicon are always too heavy. Never opt to purchase the cheaper products; they always end up costing more, one way or another. Pick out a quality and comfortable bra that has a good reputation among the women