Bras have been a necessary undergarmeant worn by women since the 13h century. ‘Bra’ actually comes from the French word ‘brassiere’ meaning ‘upper arm’. Initially, it was won by both genders for a while. It is only after the 19th century that it became specifically designed for women. The early bras were lined with fur and were worn as nightwear, now bras are worn for a variety of purposes. Bras serve different functionality and as a result, there are many varieties. The stretch bra tops is worn for the specific purpose of partaking of physical activity. These may include exercising and other sports. Also considered the sports bra, it is worn to provide stability to women’s breast, thus, women can be able to engage in various activities without harming themselves. 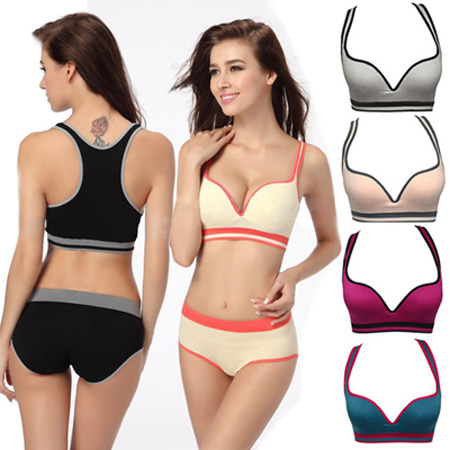 Why you should wear a stretch bra top

The boobs are supported and held up by the cooper's ligameant, so when a woman runs or jogs, this ligameant may be stretched or damaged.

For comfort: The sports bra is a necessary workout undergarmeant that will help you avoid physical strain on your shoulder and chest. The bra is meant to make exercise and sports a comfortable experience for women; therefore, women can focus their mind on the physical activity.

Save face: It certainly is an embarrassing experience to see breasts bouncing constantly when a woman is engaged physical activity. People won’t help but notice, and the unnecessary attention it brings about can be humiliating. With a stretch bra top, the breasts are held up firmly. The bouncing is reduced allowing the woman freedom to move about with ease.

Reduce pain: Without the stretch bra top, it can be a painful experience to engage in physical activity. This is also attributed to the strain on the breasts caused by bouncing. A good bra top will help reduce the strain in your ligameant, which will ultimately reduce strain or damage, and thus minimize pain.

Avoid sagging: The sports bra holds the breast firmly. This helps to keep the breasts solid and thus delay sagging of the breasts.