What You Need to Know About a Nightshirt

The term ‘nightshirt’ refers to a single piece of cloth that is worn during sleep. A nightshirt fits loosely and covers the wearer’s body down to the knees, leaving only the lower legs exposed. They can also be defined as shirts that are unusually longer and bigger. At times, a nightshirt can describe the top or upper piece of a pajama (the shirt without the trousers or shorts). The history of the nightshirt dates back to the Middle Ages. At that time, it was worn as a normal shirt during the day. In fact, the nightshirt goes down in history as the first nightwear to be worn. In the ancient times, people wore the nightshirt just like a regular one. When the people got home, they would take off the trousers then sleep in the elongated shirt. This happened until the 14th century when people dedicated the longer shirt wholly to sleeping. This was in central Europe and Italy. 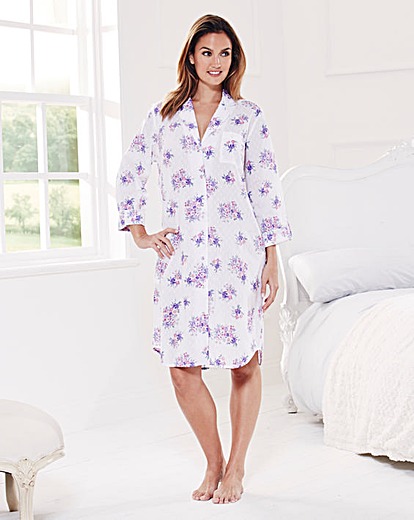 As at the 19th century, everyone was donning the nightshirt as their preferred nightwear. Everyone including children, women and men slept in the nightshirt, as it became the official sleepwear. To this day, it remains the same, with only a few changes occurring in the sleeve lengths and collar designs. Nightshirts are made from different materials,such as silk, flannel, cotton, and synthetic fabrics.

The pros of sleeping in a nightshirt:

The cons of wearing a nightshirt: