Why My Favorite Bra Has Been Discontinued?

We all have been there before. We finally find our favorite bra we love and cherish, and the manufacturer decides to discontinue that particular style. There is only one upside to this situation that you are not alone. Unfortunately, you are also not part of majority that liked this particular bra style. Your favorite bra gets discontinued mainly because it has less demand than others on the production floor. The reason for its discontinuation can be that the bra did not sell well when compared to others or the manufacturer has depleted the inventory of certain fabric. 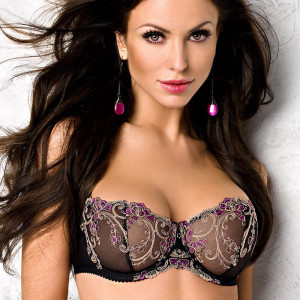 The manufacturer always makes sure that the capacity of the production gets filled with the best performing product. So if the bra may sell well in boutiques but not in a big departmeant stores, the departmeant store may stop ordering it. That reduces the demand for the bra and ultimately boutiques will lose that favorite bra also.

Many manufacturers will maintain a stable collection which does not change for a long time but they will also seasonally change new styles and experimeant with new things. For example, if they see that an experimeantal balconette bra does well during the season they will add it to a stable collection for next year. On the flip side you might have fallen in love with a bra that was getting tested and if there was no huge demand for that bra you are out of luck. Your favorite bra is gone. The demand gets created by corporate buyers that gauge the sales performance of each product that they buy. If a particular bra is not selling as well as others, the bra is considered as ineffective and it gets removed from store shelves or placed on clearance.

Many seasonal styles come in colors that are popular only during the summer - like pastel and cheerful yellows and blues, or winter - dark colored patterns, browns, golds and dark greens. If it is the color you fell in love with, there is a big chance that next season your favorite bra designer will come up with delightful surprises as well. And you already know, that the style and construction was just for you with the certain manufacturer. My tip to you is not to worry about that favorite bra from the past and to look at the other bras from the same manufacturer. 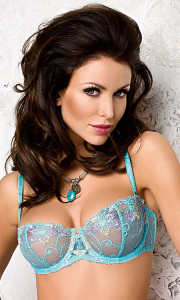 The key to this is “the Same Manufacturer”. In most cases women love a bra because it looks nice but more importantly it feels and fits great. Most women will say that it is a perfect bra when it fits right. When a bra gets discontinued make sure to remember the designer name and look for other similar styles from that same designer, chances are that the designer is using the same settings for a different bra that may be bit different but size wise and structure wise the same. Generally a bra from the same manufacturer will not differ from one style to the other so you should be safe in purchasing the bra in another style. Make sure that you do measure yourself before you buy, because your bra size might be different than it was 3 months ago due to weight gain or loss or just the hydration level in your body.

Our Newsletter
Your privacy is very important to us & we take it very seriously while making sure your information stays private.